Justin Hunt has offered to attend a St. Patrick’s Day party with his stepsister Danni Rivers and her friend Kiara Cole. They’re all dressed up, but when the girls see Justin wearing some beads, they immediately want some for themselves. Justin assures them that they already know how to acquire them. Kiara is fine with her friend’s stepbro seeing her breasts, but Justin also wants to view Danni’s. Danni is initially repulsed, but she is desperate for the beads. Justin insists on viewing the girls’ bums after coaxing them to display their tits.

Kiara is hell-bent on getting those beads, no matter what it takes. She leans out to touch Justin’s stiff dick, then begins stroking him through his underwear. Danni isn’t sure whether she wants to pursue her stepbrother any further, but Kiara is all for it. She yanks Justin’s hardon from his pants and begins sucking him dry. When Kiara has persuaded Danni to join her for a BJ, she goes a step further and removes her thong so she can load her pussy with cock.

Danni ultimately agrees to let Kiara gorge herself on her twat as her stepbrother fucks her. Justin appreciates the tight squeezing of Kiara’s fuck hole, but his true want is for his stepsis. Danni ultimately gives in to persuasion and discovers that she adores Justin’s dick! Kiara ultimately smothers Danni’s moans by putting her pussy in her lips. Kiara adores getting down on her hands and knees to take a pussy bashing and then sets Danni up for the same. Kiara waits with an open mouth, crawling beneath Danni, as Justin pulls out and creams his seed all over his stepsister’s ass and pussy. It’s easy for her to lick Danni’s twat and Justin’s dick clean from her perch. 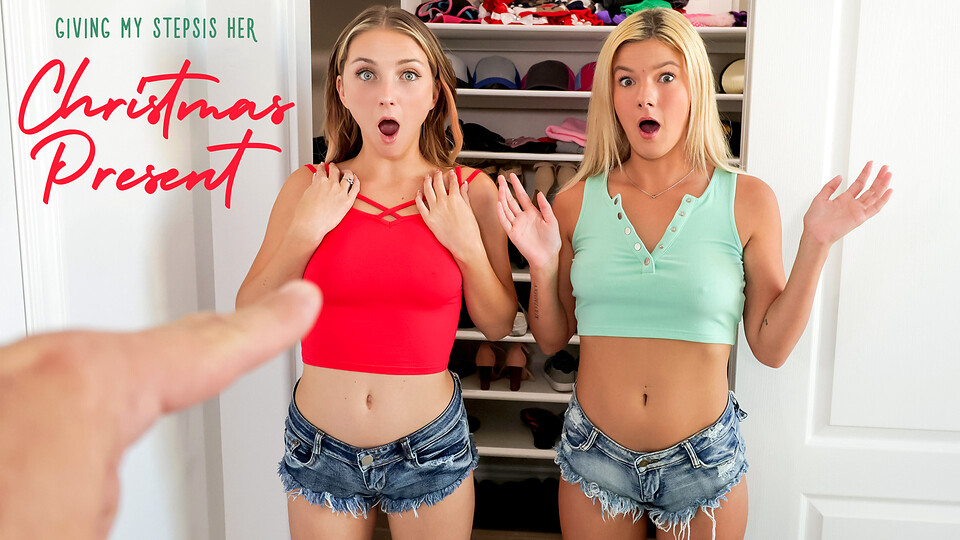