Jazmin Luv and her bikini-clad pal Claire Roos are hanging out in the kitchen when Ricky Spanish, Jazmin’s stepbrother, joins them. He has a spray bottle that he uses to squirt Claire and then Jazmin. Despite Claire’s liking with the spray, Jazmin advises Ricky to stop. Ricky uses the chance to inquire as to whether the females urinate like tinklers or sprinklers. Some girls have meaty pussy lips that cause them to pee standing up and sprinkle. Ricky may be acting pervy to Jazmin, but Claire is interested. She attempts to peer down the bottom of her bikini. When she is unsure, she seeks assistance. Ricky offers to help as an homage, but Jazmin pushes him away in order to keep her scary stepbro at bay. Claire is not meaty, according to Jazmin, but she wants Ricky’s opinion.

Both females eventually end up with their thongs on the ground, allowing Ricky to make an equal judgement. He attempts to persuade them that if he pokes a finger into each of their pussies and they try to urinate, their pussy lips would enlarge. Jazmin isn’t having it, but Claire is enthralled by Ricky’s nonsense. Ricky is encouraged to run for both herself and Jazmin. When Claire observes Ricky’s boner, she is taken aback. Claire is on her knees with Ricky’s hardon in her mouth before Ricky or Jazmin realize what’s going on. Jazmin protests, but she can’t deny that her stepbro has a fairly good cock. She quickly joins in, delivering a double BJ with Claire.

Claire then walks Ricky over to the couch. By the time Jazmin arrives, she has him nude, which is when Claire informs Jazmin that she wants to watch Jazmin rape her stepbrother. Jazmin gives in to her desires and jumps on for a reverse cowgirl ride, with everyone involved promising not to tell. Claire doesn’t want to tap that, but she does like stroking her tits and twat at the sight of her stepbrother handing over the D. Jazmin comes forward to love on Claire’s firm nipples and large titties as she gets down on her hands and knees to take it from behind. Ricky pounds Jazmin to a climax and then pulls back to cover her in jizz as she winds up on her back with her head cradled in Jazmin’s lap. Claire gets a taste of the goodies, too, as Jazmin runs her hands through it. 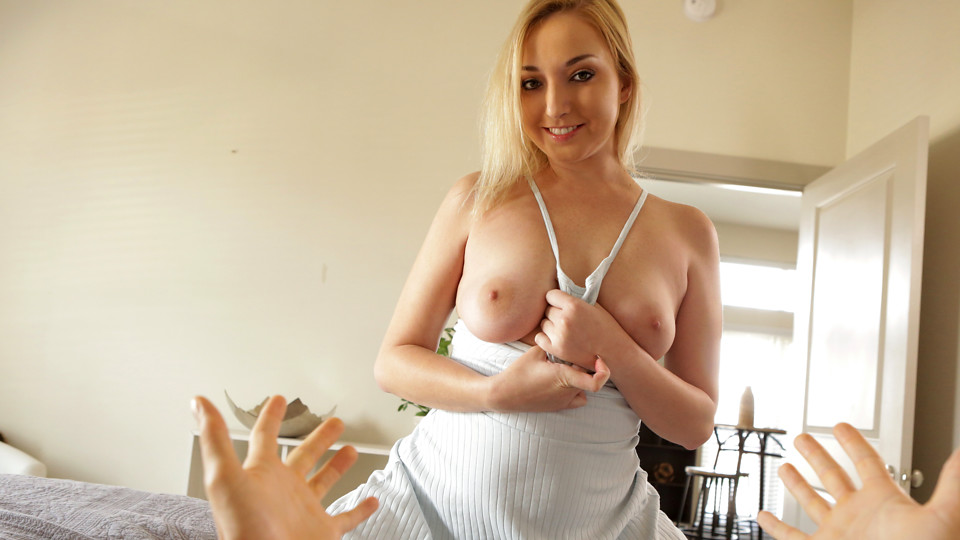 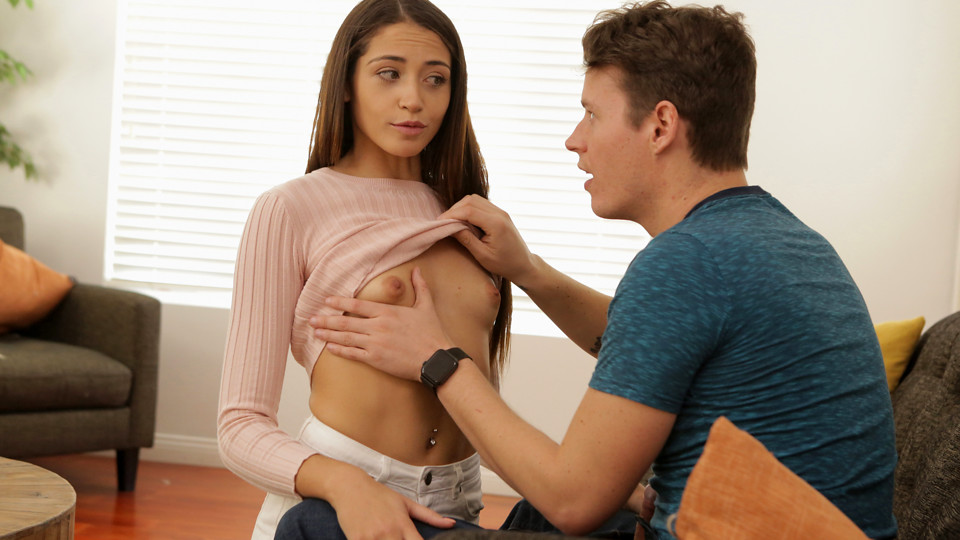 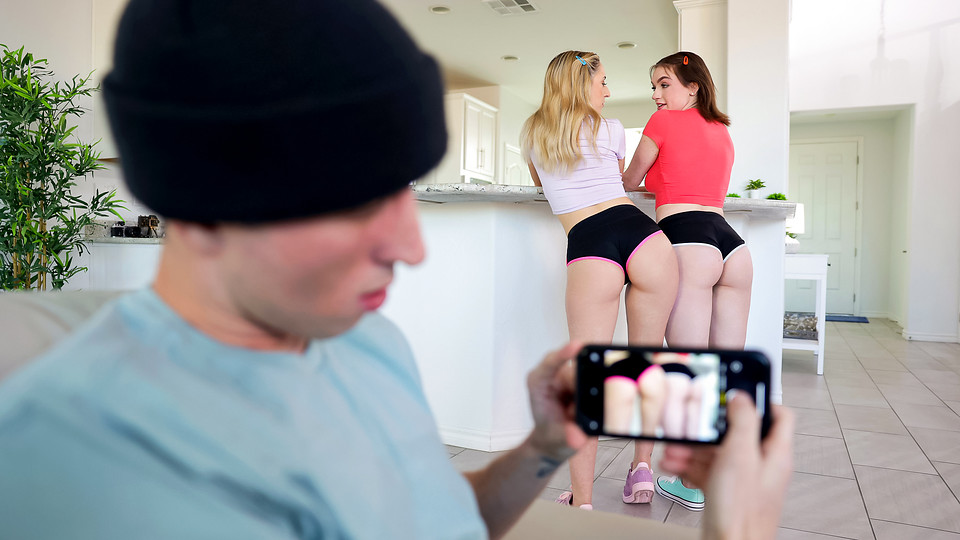 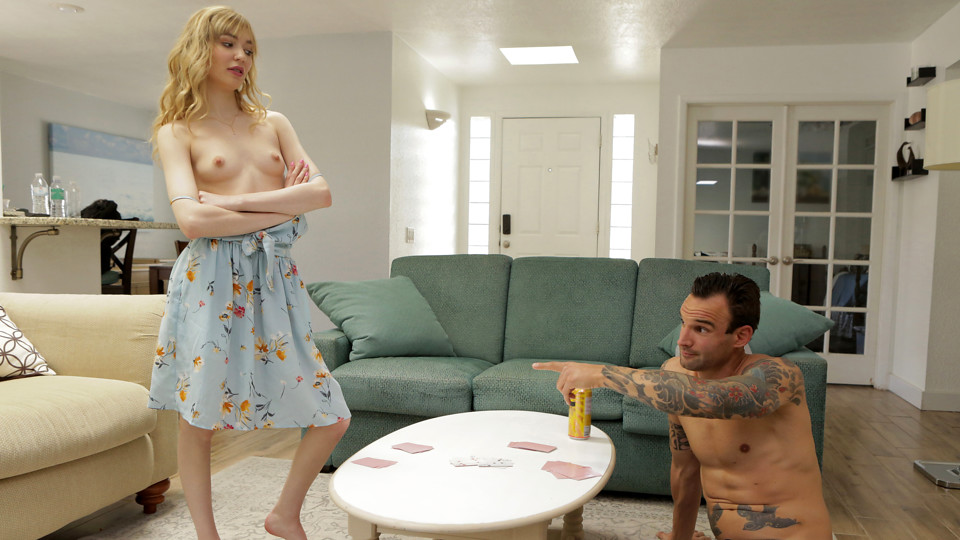 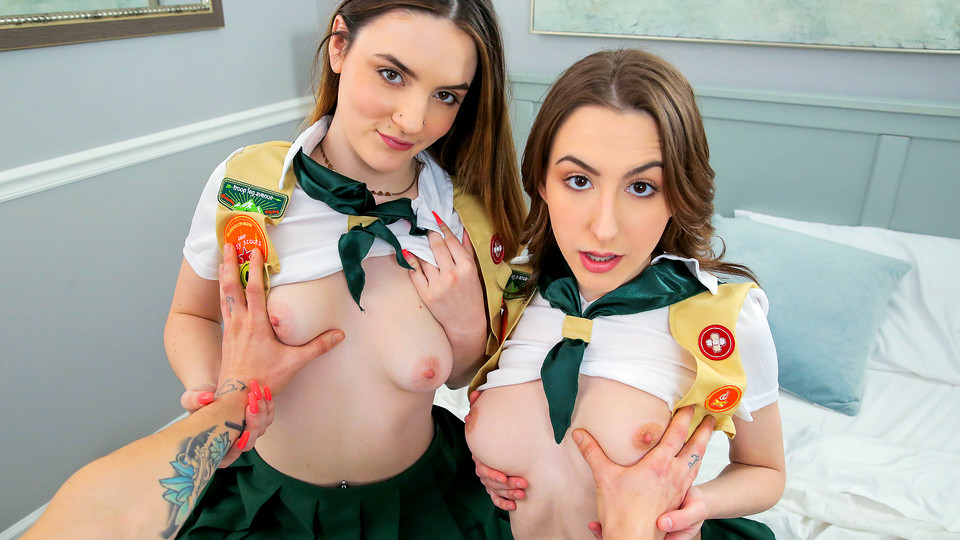