Elsa Jean breaks into her stepbrother Tony’s room in an attempt to steal his money and car keys, but he catches her red-handed. Rather than apologizing, this sassy sis brazenly lies about her actions. Elsa tries to bribe Tony when he calls her out on her bad behavior. Tony isn’t interested in anything else that Else has to give. Finally, Tony informs Elsa that stealing from him comes with a blowjob. She considers it and then tries to make a deal. Tony informs her that the price has increased to include her being naked so he can put his hands on her tits and ass. 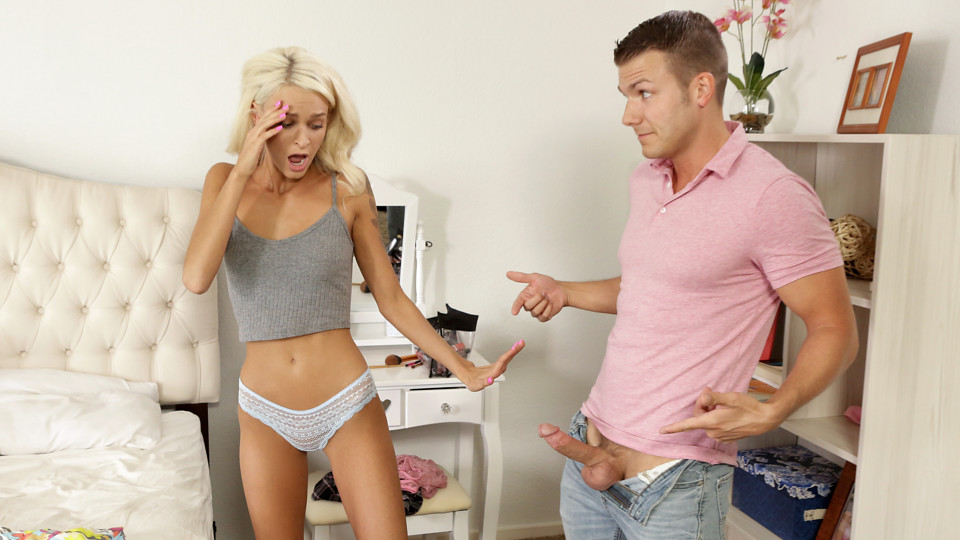 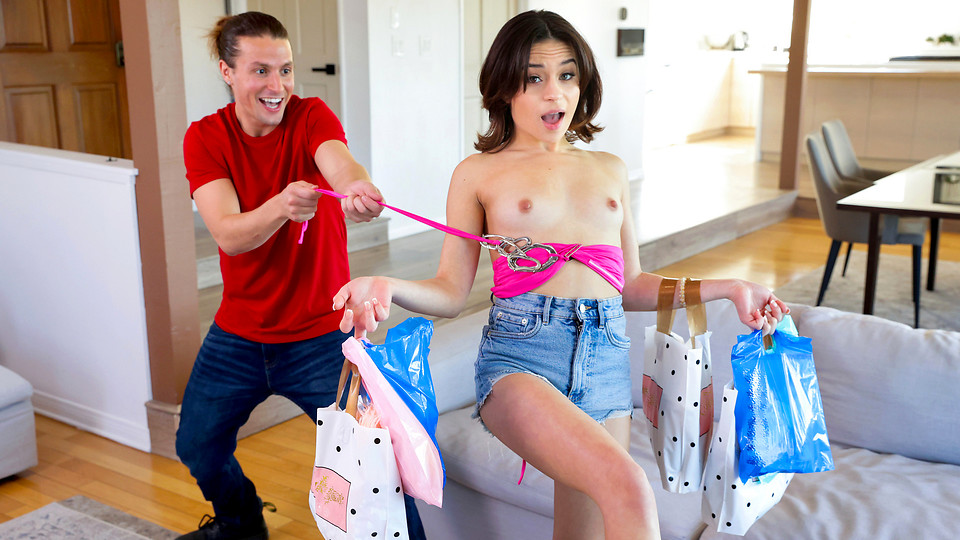 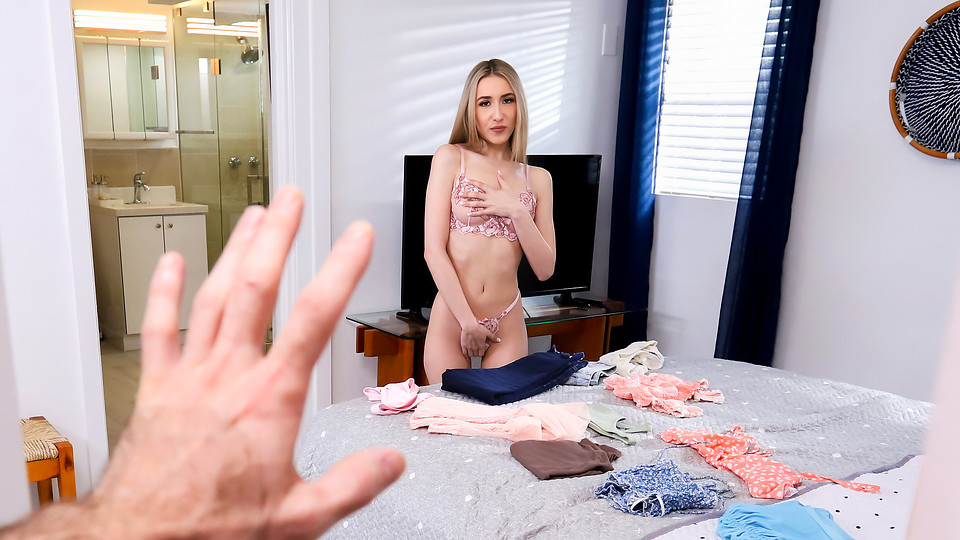