Scarlett Bloom hasn’t been friendly to her stepbrother Tony in a long time, and today is no different. When she recommends Tony help her clean up following a party she held the night before, she is in the thick of it. Tony confronts her about how bad she’s been to him since she got tits. Scarlett’s short skirt pushes up when she gets down on her knees to clear a table, revealing that she isn’t wearing any panties to protect her meaty pussy. As he rubs his erect dick through his jeans, he tells her to keep washing.

When Tony notices his sister wearing a white shirt with no bra, he has a brilliant idea. When she turns around, he yells her name and then throws water on her, making her clothing translucent. She thinks that since Tony constantly mentioning her boobs, she’ll just pull them out and clean them topless. Tony decides to fuck with Scarlett by pulling out his hardon and stroke it as she fucks with him. When Scarlett mocks him, he rushes up behind her and pushes it in after she has turned around to resume cleaning. He would have continued if their parents hadn’t returned home and forced them to suppress their attraction. 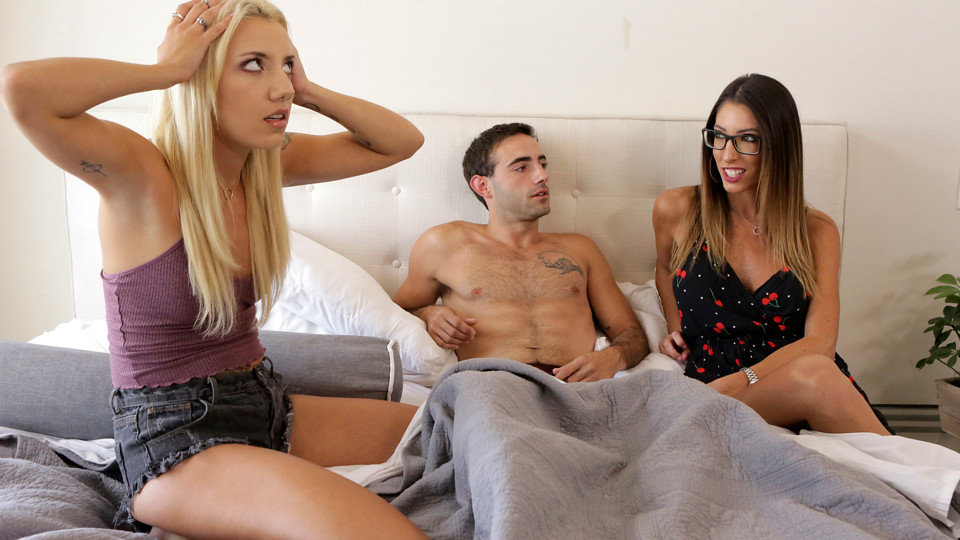