Lulu Chu is spending time with her best friend Xxlayna Marie, but she is restless. She’s had feelings for Xxlayna’s stepbrother, Robby Echo, for a long time, and today she believes it’s time to act on it. Lulu starts by preparing a list of obnoxious doctor inquiries. She then blocks her phone number, dials Robby’s number, and departs. Lulu tells Robby she’s phoning from Dr. D’s office and goes through her list of questions as though it’s Robby’s yearly penis checkup. Xxlayna has no idea what Lulu is up to, but his responses make them both extremely hot. As Lulu resumes her Q&A with Xxlayna’s unknowing stepbrother, the girls can’t keep their hands off themselves. Lulu eventually asks Robby if he can get hard and offers to assist by talking filthy to him. Naturally, Robby accepts her offer, then inserts his hand into his trousers and begins jerking off until Lulu tells him she has to leave.

Xxlayna tells Lulu that she was chatting to her stepbrother and that she’s always wanted to fuck him since the taboo makes it exciting. Lulu invites her to accompany her to see what Robby was raving about earlier. They decide to dress as nurses, but before they can proceed to the living room, Robby enters to inquire whether they’ve had any strange phone calls. They disclose that Lulu had been on the phone the entire time, and once Robby has recovered from his shock, he appears to be amenable to the thought of going further. Robby’s stepsister and her buddy are on their knees with his dick in their mouth the next thing he knows. It’s now a real-life penis examination as they use their hot hungry lips and roving hands to examine every inch of his fuck stick.

The females take things a step further by pushing Robby onto the bed, pulling their scrub pants down, and getting on top of him to continue sucking. Lulu is the first to step atop the D and bounce in reverse cowgirl with Xxlayna stroking her clit for double the enjoyment after they’ve had Robby nice and hard. When Xxlayna sees how much fun Lulu is having, she lets go of the rest of her inhibitions and joins them on a cowgirl ride, while Lulu finger fucks herself alongside them. As she lays on her back with Robby pounding away at her thirsty snatch, Lulu has another go with him. It actually becomes a threesome when Xxlayna climbs across Lulu’s face so Lulu can eat her out. Xxlayna has her turn, with her face buried between Lulu’s thighs to conceal her moans as she experiences a doggy-style pussy pounding. Robby can’t stand watching his stepsis smear cream all over his dick. He pulls away to nut on Xxlayna’s back, putting an end to their hotblooded Halloween trio. 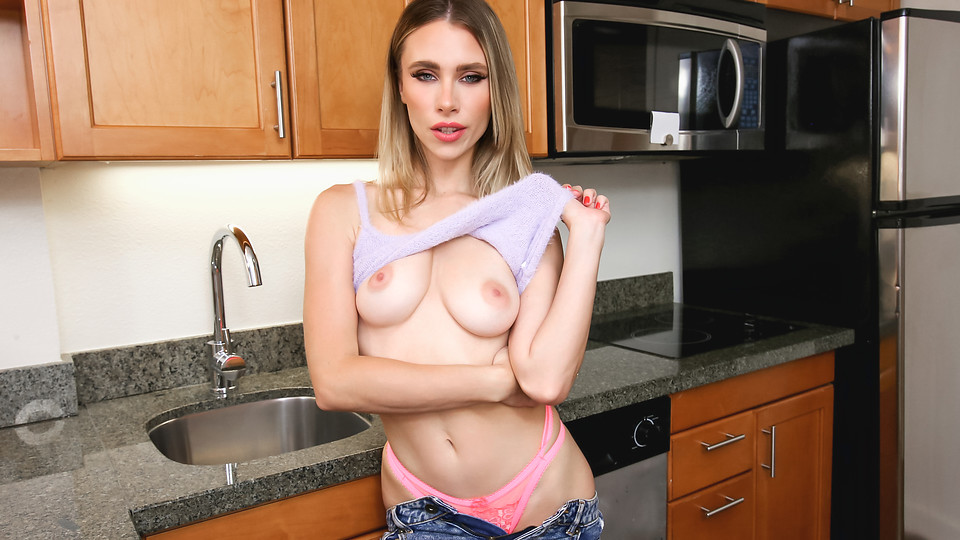 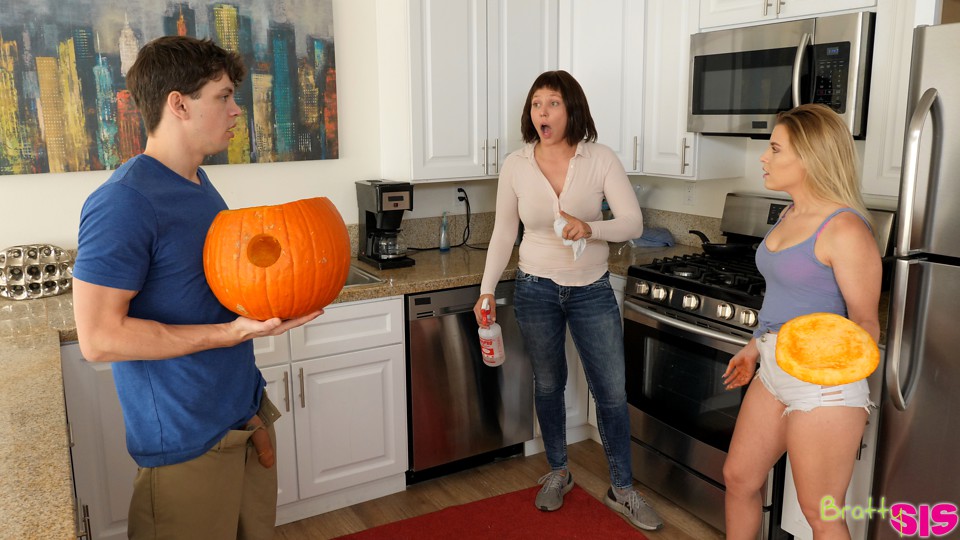