Leana Lovings is on the couch having a video chat with a friend when Quinton James, her stepbrother, walks by. Leana starts dictating to Quinton while insulting him to her pal right away. She starts by asking for a glass of water before telling Quinton to do her laundry properly this time around. Leana tells her companion to watch this as Quinton complies and puts the phone down with the camera on her.

Leana tells her stepbro that she has more laundry for him after getting to her feet. She assures her buddy while still being completely naked that she is not into family trash and that even if Quinton tried something, she wouldn’t even feel it because he is so small. Quinton is done; he’s had enough. Leana is squatting naked on the couch when he storms over and shoves it in. She continues to chat with her friend until Quinton tells her to stop. Leana puts off the phone at that point so she can fully enjoy herself with her stepbrother. 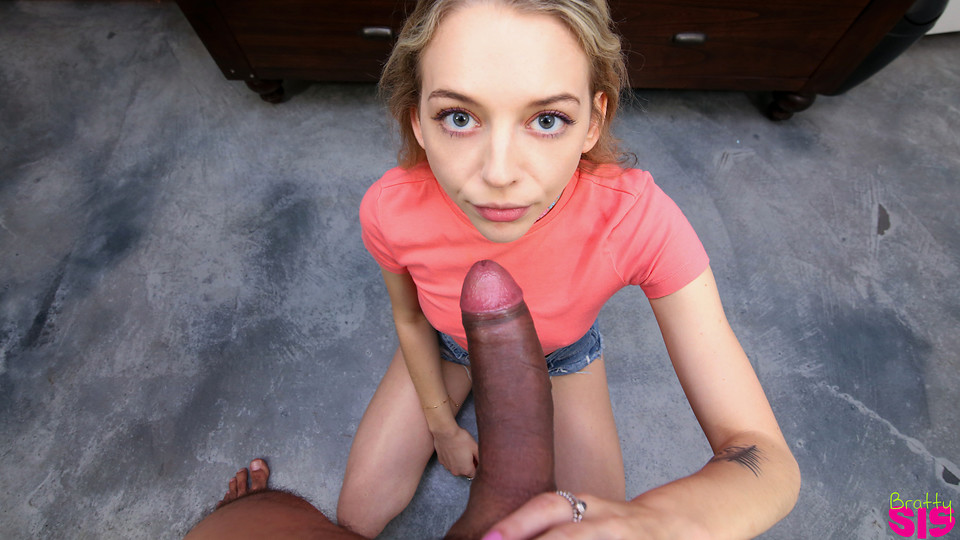